Trampolines have become popular again and today trampoline parks can be found in most major cities around the world, as well as in caves (more of that later). And it’s easy to see why people are jumping up and down with excitement.

The thing with a trampoline is that it’s not only fun, it’s also really good for you. People of all ages can benefit from a few 10-minute sessions a week, or have a blast playing games like extreme dodgeball, basketball slam dunks, and of course everybody’s favorite, popcorn. The craze is taking over and we don’t see it dying down anytime soon.

Keen to find out more about trampolines? We’ve got a whole bunch of fun facts for you. Plus we show you a jump park that will give you serious FOMO.

Fun facts about trampolines that you definitely didn’t know 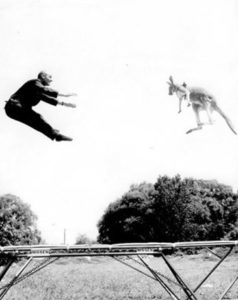 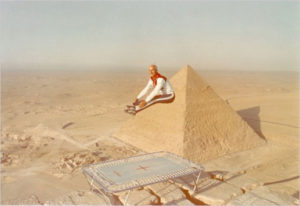 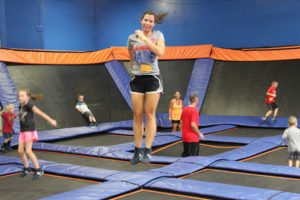 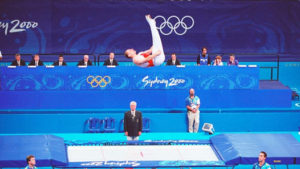 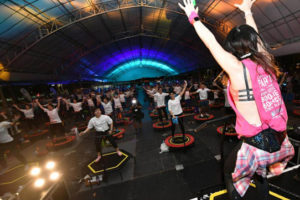 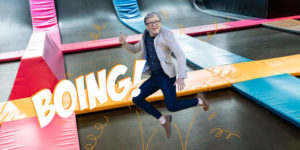 So we know everyone’s jumping for joy at trampoline parks all around the world. But how’s this for the most out-of-this-world (or rather under-the-world) jump park?

Zip World Caverns’ Bounce Below is an indoor park that’s buried underground in a cave that’s over 175 years old!  The park opened in 2015 and quickly became somewhat of a phenomenon. Situated in North Wales, in Blaenau Ffestiniog, Bounce Below boasts, amongst other things, three giant trampolines in a cave that’s twice the size of St Pauls Cathedral.

There are walkways, slides (of which one is 60 feet deep) and tunnels all over. The trampolines are between 20, 60, and 80 feet of the ground, along with dangling bridges (not bouncy ones thank goodness) and 15 zip lines.

There you have it – 21 fascinating facts about trampolines you might not have known. Feel free to throw these around at the next dinner party you attend or share your very own “did you know” titbits with us right here.